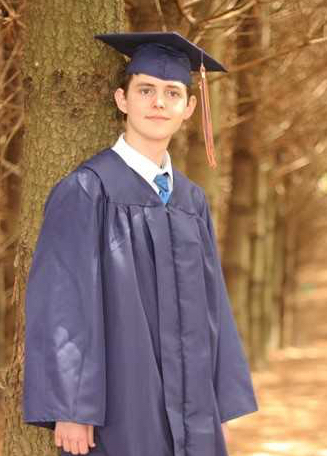 My name is Austin and I was involved in a single car accident my senior year of high school on September 1st, 2014.  I was on my way to work after a normal day of hanging out with my family on Labor Day.  I don’t remember anything that happened, but was told that I may have overcorrected after getting a tire off the edge of the road.  My car did a 180 degree spin and hit a tree on the opposite side of the road.  I was wearing my seatbelt, but the impact caused me to hit my head and shoulder on the passenger’s seat.  Two gentlemen stopped and found me unconscious.  One of them noticed that the car had caught on fire and they immediately got me out.  By the time they crossed the street, the car was fully engulfed in flames.

I was intubated on the scene and was flown to UT Medical Center, where I spent several hours in the ER and then transferred to the Neuro CCU.  My family was told that I had a severe diffuse axonal brain injury as well as a broken collarbone and a few facial injuries.  I was put on life support and received a tracheotomy and PEG tube a few days later.  My Glasgow coma scale score was a 3 while I was in the CCU. After 11 days, I still was not responding well, and was still in a coma. My parents and doctors made the decision to transfer me to Shepherd Center in Atlanta Georgia. The Shepherd Center is a specialized rehabilitation hospital that deals primarily with brain injury, stroke and spinal cord injuries.  I spent 2 ½ months at Shepherd Center, relearning how to walk, but despite the staff’s best efforts; I did not communicate, eat, or progress in other areas. 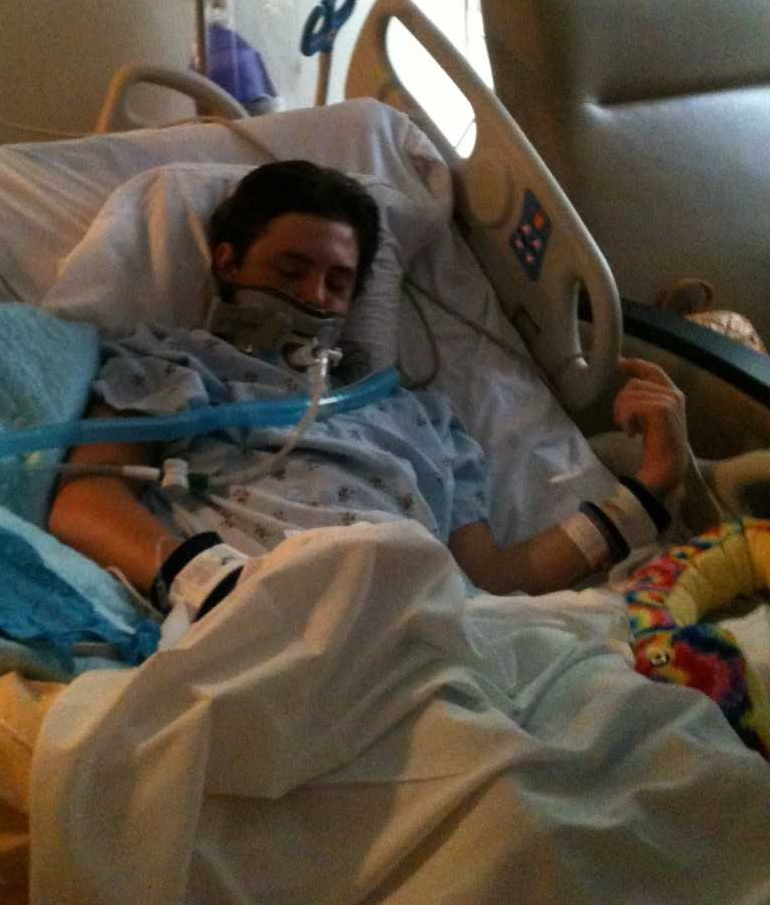 I was discharged home just before Thanksgiving and started receiving home health therapy.  I eventually began talking 4 ½ months after my accident, just after the New Year.  The first memories I have from after the accident are from around this time.  After a brain injury, a lot of basic life activities have to be relearned.  Some things come back naturally, but many others require months or even years of rehabilitation.

Since that time, I have spent 2 ½ years in outpatient rehab at both Patricia Neal Rehab Center and Shepherd Center.  I slowly began rebuilding my life.  I graduated high school and started college by taking one class my first semester.  From there, I slowly added a class every semester working my way up to a full time class load last semester.  This took more time than I planned, but I am thankful to God that I am alive and that I have the opportunity to go to college.  I know that my injury is far from fully healed, but considering where I was it has gotten a lot better.  Although

I do have rough times every now and then, I just try not to stay there for too long.  A few positives did arise from my accident: I am more positive now, kinder, less quick to judge, and more focused on what really matters, God.  I am so thankful for the support of my family, friends, doctors, nurses and therapists that have helped me along the way.  Without a doubt, I would not be where I am today without them.

I enjoy going to the trauma support group to hear other people’s stories and to learn strategies that have helped others in their recovery.   I gain new experiences at each meeting that encourage me and teach me something new.