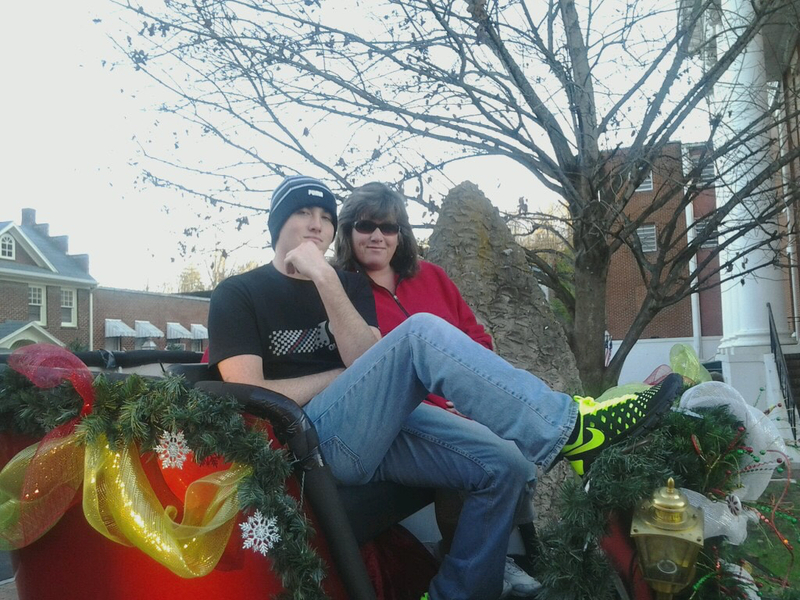 My son, Tyler was at his uncle’s house for a family gathering in February of 2011 when he decided to make a quick trip home for some extra video game controllers.  That quick trip turned out to be both too quick and one of the longest journeys of his life.

On his way back home, Tyler was going about 80 miles per hour down a curvy road; he overcorrected from a turn and veered over the shoulder.  His car hit two trees, but Tyler says he only remembers the first.  Luckily for him, the accident was spotted by property owners, on-coming traffic, and drivers behind Tyler, so EMTs were called and on the scene within minutes.  The engine of Tyler’s car caught fire, but by that time, there were already emergency technicians with him, talking to him and extracting him from the ruins of his vehicle.

I had started to worry as to why Tyler was taking so long. Then I saw the wreck from my brother’s house.  By the time I got there, the EMT was leaving with him in an ambulance.  It wasn’t long, maybe 20 minutes max.

There were people there the whole time. As soon as it happened there were people on the scene.  That, and the fact that Tyler was in such good shape from playing football, is what saved his life.  Tyler’s injuries included a fractured neck, nine broken ribs on one side and four on the other, a bruised kidney, lacerated liver, head injury, ruptured spleen and perforated aorta, among others.  He had to be resuscitated on his way to the hospital, and he spent four days at Johnson City Medical Center before he was sent to The University of Tennessee Medical Center because of the extent of his injuries. 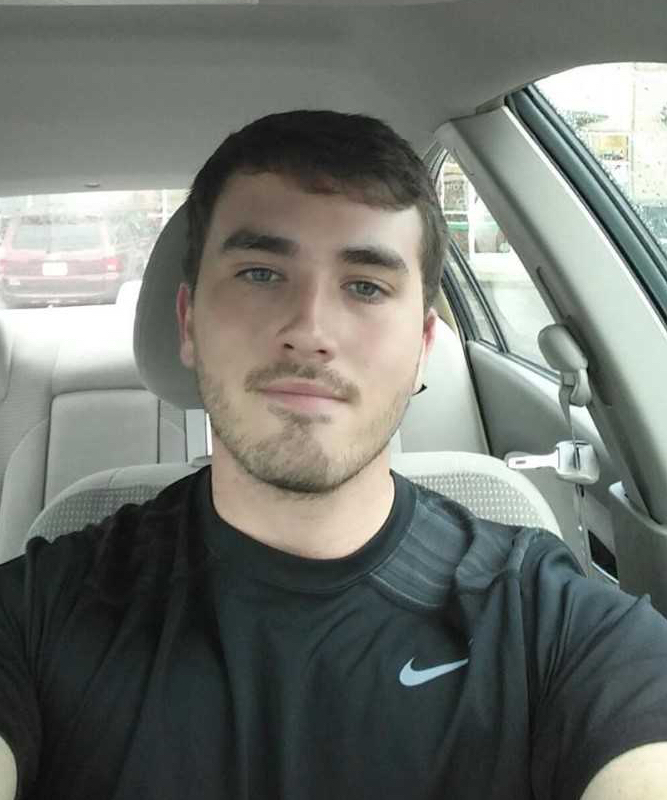 Moving Tyler was no easy task.  He needed so much equipment for his medical care that the transportation crew tried two helicopters and two ambulances before they found one that would fit.  Even then, they weren’t sure Tyler would survive the trip.  Going to Knoxville was the right thing—it was truly a blessing—but I was so scared to move him.

Tyler spent 76 days at The University of Tennessee Medical Center and coded seven times.  He was on a breathing machine for two months and had to have a portion of skull removed to relieve swelling in his brain.   When he finally went home, he had to go through rehab to learn to walk again and even to sit on the side of the bed.  He couldn’t move his right arm at all.

Today, Tyler has some problems with his short-term memory but otherwise is a happy, healthy 23 year-old, with normal issues like thinking his mother is over protective.  I just don’t  want to let him out of my sight, but you can’t protect your kids from everything.  Tyler does drive by himself and graduated from high school in the spring of 2013.  He is working and lives on his own.  He has come so incredibly far.  He’s too stubborn to be hurt too long.

We are learning a new normal for Tyler and our family.  It's good that people know that your life changes when someone you love has a traumatic brain injury (TBI), along with other health problems. Sometime it's hard to remember my life before his accident.

We still struggle with complications from a brain injury like impulsive behavior, trust and insecurity issues however it is one step at a time for all of us.  It truly was a blessing to be cared for in Knoxville and we made a whole new family at UT Medical Center.

We want to share our story so that we can help others that will be in this same situation like us. Giving that help to another person is the reason I became a peer visitor. Never give up your hope.   Once the storm is over you won't remember how you made it though, and how you even managed to survive. There will be days when you aren’t even sure if the storm is really over. But one thing is certain, when you come out of the storm you won't be the same person who walked in, but life is still wonderful. I am grateful I still have my son, and that he still has us. We are a family. 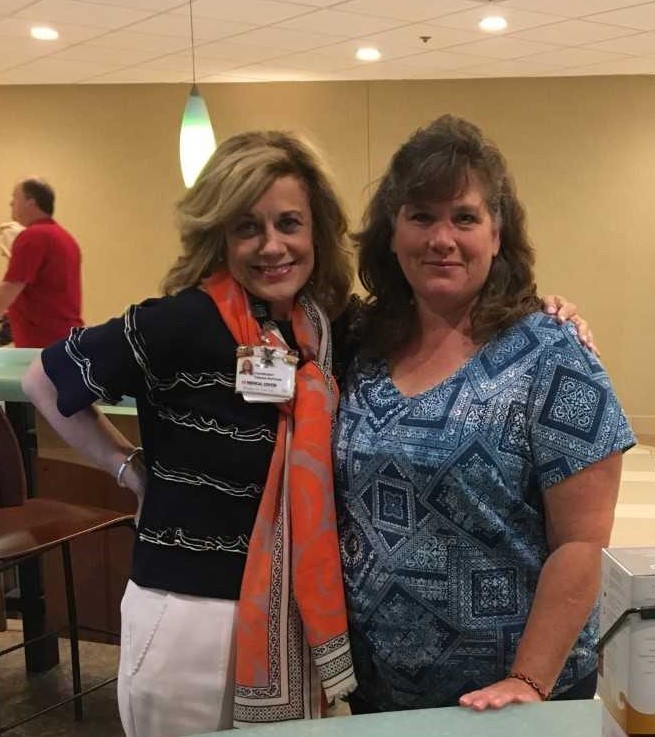