Tell us a little about your trauma story:

On 10-11-2014 our family was on vacation in Tazwell, TN. We had taken a ride on our 4 wheelers and Emily lost control of her ATV which caused her to fall off resulting in a TBI along with other injuries which were minor in comparison to the TBI. She was taken to the local hospital in Claiborne County and then life flighted to University of Tennessee Medical Center in Knoxville. Emily was originally given a very low chance of survival and the palliative care team was called in for the family. (I originally thought they were just there to help us since we were from out of town…little did I know what they were there to do in case the need arose but I certainly appreciated them helping us during those difficult days). Emily underwent a craniectomy to remove a large section of her skull to allow for the swelling in her brain a few days after the accident. Her ICP’s were rising and without that surgery she would have probably passed away. What a very scary experience to be woken up at 4:00 am in the trauma family waiting room to be told your daughter was heading into emergency surgery and this was the last thing they could really do to try and save her life. I still get chills thinking about that to this day. Emily also had a tracheotomy and a feeding tube inserted since she needed to be taken off of the ventilator since we were told the longer that she stayed on it the worse things could be for her. She was in a medically induced coma for several days as things were very touch and go. On 10-21-14 she was moved to the step down trauma unit at UTMC and remained there until we were flown back to Michigan on 11-6-14 so she could begin her rehab at St. Joseph Mercy Hospital in Ann Arbor, Michigan. Six days into rehab she was admitted to ICU as she was having difficulty breathing and ended up having to have another tracheotomy done. (Before we left UTMC they removed the original trach.) She was in ICU for almost 2 weeks. After ICU she went back to the rehab floor and she was released from the hospital on 12-23-14 and came home to continue her rehab. (BEST CHRISTMAS GIFT EVER!!!) 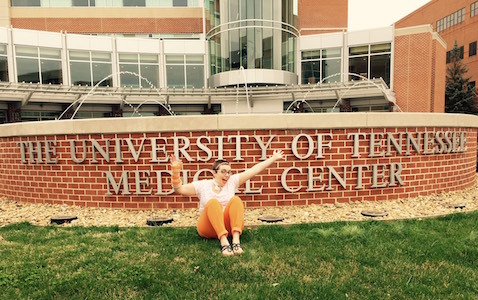 Recovery was a roller coaster ride to say the least. You have good days where you would see progress and then something would happen to set things back and you felt like you were starting all over again. I will never forget the day they brought in the net bed for Emily. She was trying to get out of bed herself not understanding that she needed help and since she had the craniectomy she had to be so careful because if she fell and hit her head again it could have killed her. I remember leaving the hospital for the night and having to make sure that she was secured in the bed—it just broke my heart. I would walk down the hall just crying. I had to realize that it was for her safety and she was better in the net bed than not being in it. We were originally told this was a marathon and not a race and they were correct in that statement. To see your 21 year old daughter having to learn to talk, walk, eat, learn basic things over again was heartbreaking but with each step forward we rejoiced at the progress she was making. Even when things were going backwards, we just kept pushing forward and continuing the battle. We have been so blessed and all I can say is this is a true miracle. All of the doctors’ appointments and surgeries have gotten us to where we are today. Emily has done very well and is doing pretty much everything she did prior to the accident. She is back to work, driving, taking care of herself, etc. She struggles with some things but we realize they are minor in comparison and with everything else, we will get through this. Life is good and we are blessed.

Why did you want to get involved with the TSN program? Or why do you want to share your story with other survivors/loved ones?

I feel it is so important to bring awareness to the invisible injury that is TBI. To know that other people understand what you are going through and can offer advise and comfort certainly can help to ease the pain. This injury will never fully go away and having someone to talk to and listen to can make all the difference to someone in need. We have to pay it forward and give back in any way we can. We are all members of a group that none of chose to be members of and we are in this together. 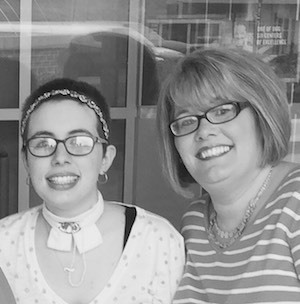 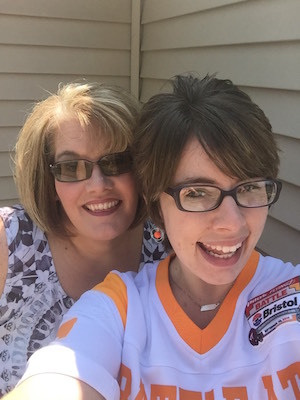 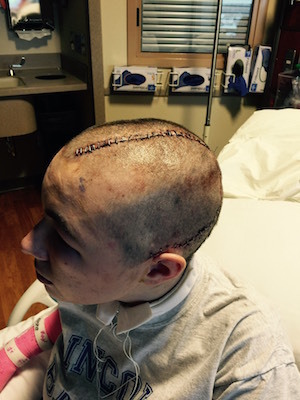 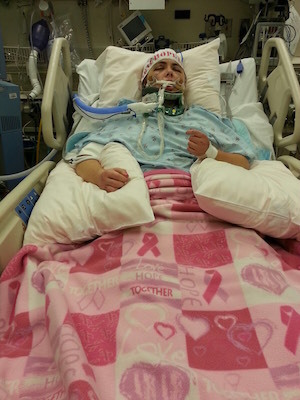