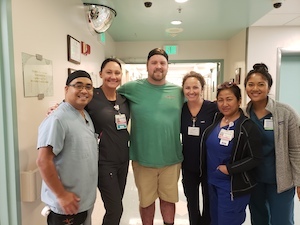 My name is Dylan and I’m 26 years old. In November of 2016, I made a big move from Connecticut to San Diego, with intentions of “escaping” my past and starting fresh. The sun may have been brighter in San Diego but it was no escape. The best word to describe my life during this time was “stuck”. I had no plan of what I wanted in life and wasn’t proactive to search for one. After living in San Diego for 10 months, being “stuck” became permanent in my mind in a split second. On September 2, 2017 Labor Day weekend, while napping, I heard fearful screams from my roommate. As I sprinted to my bedroom door, the piercing sound of our fire alarm was sent through my entire body. Smoke filled the rooms and a glowing flame was growing outside our apartment door. Oil was being used to cook within a pot and it flashed over to flames. My roommate grabbed the pot by the handles and dropped it outside our apartment complex on the concrete. Without thinking or consulting anyone, I soaked a bath towel and attempted to smother the fire. Instantly, I was splattered with oil and my momentum caused me to fall on top of the pot. My legs became engulfed and I rolled around for what seemed to be minutes but from what I’m told, it could have been 20 seconds. 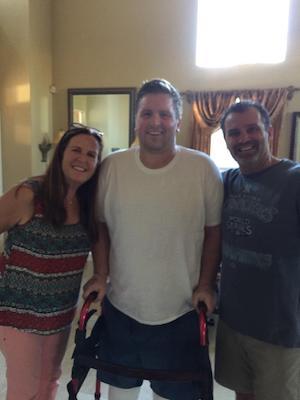 Without going into the details of the moments directly after my accident, I will jump ahead. I ended up burning 54% of my body (mainly my legs) 3rd and 2nd degree. I was placed into an induced coma for about 2 weeks and underwent several grafting surgeries. I stayed in UCSD medical center for almost 2 months before a 2 week stay at an inpatient rehab center, until I was well enough to make the flight back to Connecticut for family support.

This year has been tough including PTSD/emotional trauma, learning to walk, dressing changes, physical therapy, severe nerve pain, compression garments and back surgery. That being said, through the support of my family and community, I am at a point I can honestly say that I am a better version of myself, even before my accident. I want my life to consist of helping people reach that same revaluation and understand that trauma is trauma- big or small. I hope to be a lending ear and learn from others through this SURVIVOR network. “If you set your value low, the world won’t change your price.” 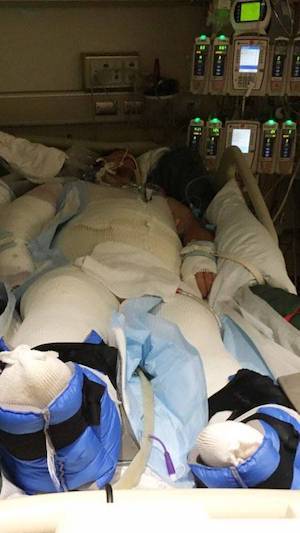 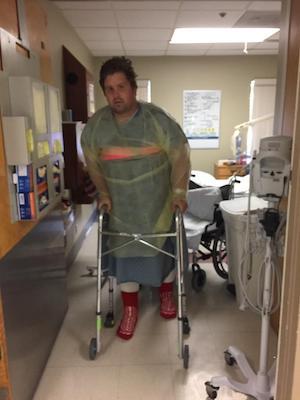 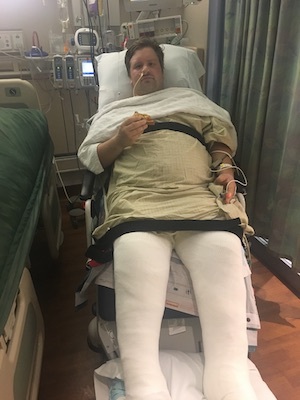