TELL US A LITTLE ABOUT YOUR TRAUMA STORY

My accident occurred on October 16, 2010.  I was 27 years old at the time, recently married just earlier that year and I was a second-year pediatric resident at Cincinnati Children’s Hospital.   This was my first day off in a couple weeks and I decided to go for a bike ride that afternoon.  I, of course, was wearing my helmet.

About ¾ of the way through the ride I was going downhill through a subdivision and a car made left turn onto another road.  They struck me when they made the turn.  I hit the passenger side door and mirror and flew over top of the car.   I was non-responsive.  Thankfully the EMS crew was only a quarter mile away and they were able to transport me very quickly to the nearest medical center only two miles away.  That medical center was not equipped to care for my type of trauma so they called the Level I Trauma Center in town and requested that a helicopter come to transport me to the Level I facility.

My spouse was an emergency medicine physician and they were the doc on call that day to go out on helicopter flights to transport patients.  They arrived at the medical center and realized that I was the patient. A second helicopter had to be called out to transport me. 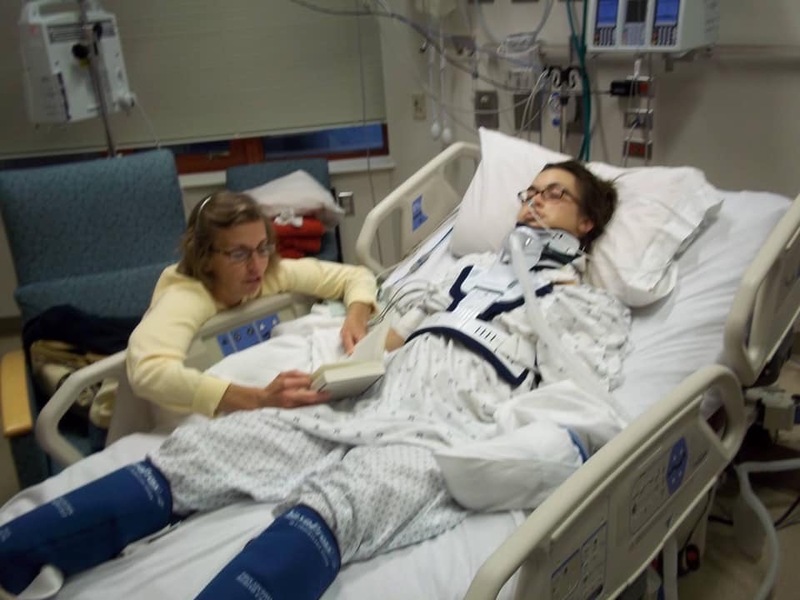 When I finally arrived to the appropriate hospital, I was still non-responsive.  I was found to have a very severe subarachnoid hemorrhage, one of the worse the department had ever seen, a broken jaw, broken clavicle, broken sternum, several broken vertebrae and contusions to my heart and lungs.  I was not expected to survive but remained in a coma for five days.  During that time, I had a tracheostomy placed and my broken jaw was repaired and wired shut.  I was later found to have a dissection of my carotid artery as well as an aneurysm in my brain just over the dissection.

I was in the hospital for about 2.5 weeks.  I was very weak on the right side of my body and I did not always communicate appropriately (partially because I could not speak due to the tracheostomy and my jaw being wired shut).  A stent was placed to treat the dissection and the aneurysm was coiled.  This is a procedure that is performed to keep the aneurysm from rupturing again.  I was then sent to inpatient rehabilitation.

There I made amazingly fast progress.  By this time, I was able to talk but I was noted to have a significant speech deficit.  I could not think of the appropriate words to describe objects or to answer questions.  I did daily speech, physical and occupational therapy. By the time I was discharged just two weeks later, I had gained a lot of strength and my speech was much more cohesive.  I was feeling positive about my recovery and had a goal of returning to work by January.  By this time, it was mid-November.

Just three days after I was discharged home, the aneurysm that had been coiled during my first hospitalization, ruptured again.  I was again rushed back to the hospital and lost everything I had gained during my two weeks of rehabilitation. I needed to have a procedure performed in which the neurosurgeons would open my skull and clip the base of the aneurysm to finally keep it from ever bleeding again.  They could not do this procedure right away because I was at the time taking Aspirin and Plavix after my stent placement.  They had to wait at least 3 weeks before they could do the procedure.  I was basically a ticking time bomb for three weeks, in pain, losing weight, weak and with the vocabulary of a toddler.  All of us were just praying day by day that the aneurysm would not rupture again before they had the chance to treat it.  The procedure itself was also risky as it held the potential of me becoming blind or paralyzed.  I was mortified.  Fearful that I could lose my life and even if I did live, I may leave the hospital a completely different person, unable to fulfill the dreams I had worked so hard for.

I thankfully had a successful procedure performed on December 11, 2010.  I had lost almost 20 pounds and my speech was very poor.  I was not really expected to return to my residency. Many suspected I would end up in a nursing home.

I believe that I was able to have a successful recovery because I was on a mission.  I am lucky that I don’t have PTSD due to my experience but when I left that hospital, I knew that I was here for a reason.  I could have died the moment that car hit me or any other time during my hospitalization, but I didn’t.  I was here, and I was going to go back to work.

Within two weeks of my discharge I was going to physical therapy twice a week and speech therapy three times a week.  I attended as many educational lectures that my residency held as I could.   I would round with the teams so that I could re-learn the vocabulary and the whole process of evaluating and presenting the patients. When I first started speech therapy, I was lucky to be able to write two sentences, but my speech got better day by day, week by week.  Miraculously, I was allowed to return to my residency just six months after my accident in April 2011. I completed my residency just six months later than originally planned in December 2012.  I then passed my Pediatric board exam in October 2013.

WHY DID YOU WANT TO GET INVOLVED WITH THE TSN PROGRAM? OR WHY DO YOU WANT TO SHARE YOUR STORY WITH OTHER SURVIVORS/LOVED ONES? 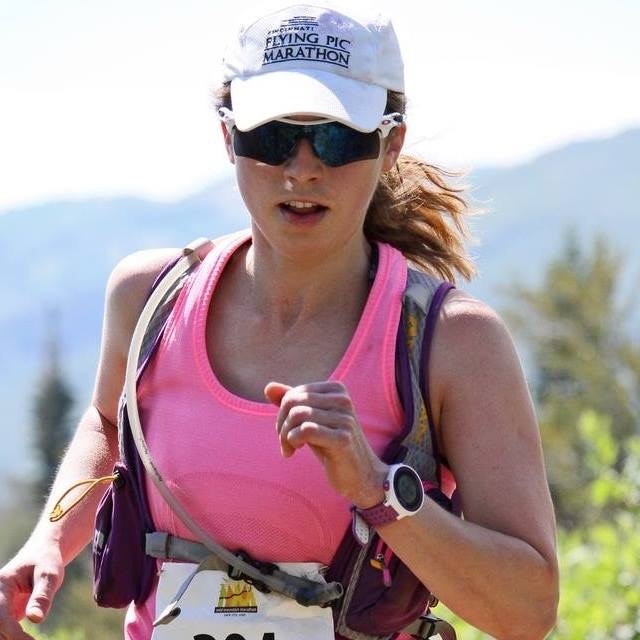 I know that I had success in part due to my inner determination but it was also a result of how much support I had from family, friends and my residency program.  I never had anyone tell me that I would not succeed.  Everyone gave me the encouragement I needed to know that I would succeed in my goal in returning to work.  I am thankful every day for everyone who looked over me, prayed for me and helped me with my mission to return to work.

Honestly, the story I just shared is just a small portion of my entire story.  When I heard of the Trauma Survivors Network, I knew that it would be a great place to share my story.  I have always hoped that my story would help others to believe that they can still succeed after a significant trauma. I hope that everyone can believe that they can always do more than what was expected of them if they set goals for themselves and don’t give up.  I hope that I can at some point talk to other survivors and contribute to their journey toward success.

I have actually written a book about my experience called “My Race for Life, finding new strength after tragedy”. It should be in print by April. I plan to share more info when it gets closer.  Good luck to everyone!