On August 31st 2002, at the age of 15, I was in a pretty serious car accident.  As a previously healthy teenager, my world was flipped upside down in a matter of seconds.  We had just finished our final field hockey pre-season practice, and I was looking ahead at a promising sophomore year with the varsity team.  The seniors offered to carpool to our team’s annual post pre-season barbeque, so five of us hopped into my teammates car.  Little did we know when we clicked our seatbelts into the buckle, it was probably the most crucial decision of our lives, or we may not be here today.

After pulling out of our parking spot, the accelerator stuck and the car took off erratically.  My teammate did her best to gain control as we headed onto an embankment, side swiping parallel-parked cars.  Making a sharp turn to miss a tree, we ended up going head on into the cement foundation of our school, only about 30 seconds after starting the car.  I remember seeing the wall but then everything went black.  When I came to, I was in shock.  I felt frozen in place and time, unable to hear, move or speak, to help myself or anyone else.  It was almost like an out of body experience.  I was in the back seat, behind the driver.  The seat had caved in, twisting my body, and causing the shoulder strap to traverse my abdomen.  The next thing I knew, someone was holding me up outside the car.  They were asking me for my parents phone number, and I remember barely being able to take in a breath to get the numbers out.   Police and ambulances were arriving at the scene, and I could see tons of people, including other athletes at practice and teachers who were in the building.  They all had swarmed to the site, thinking there was an explosion.  They were still working with the jaws of life to get my friend out of the car and I really didn’t know what happened and if anyone was ok, including myself.  All I knew was my back felt like it was crushed.   I was put in a collar, lowered onto a stretcher and whisked away in an ambulance. 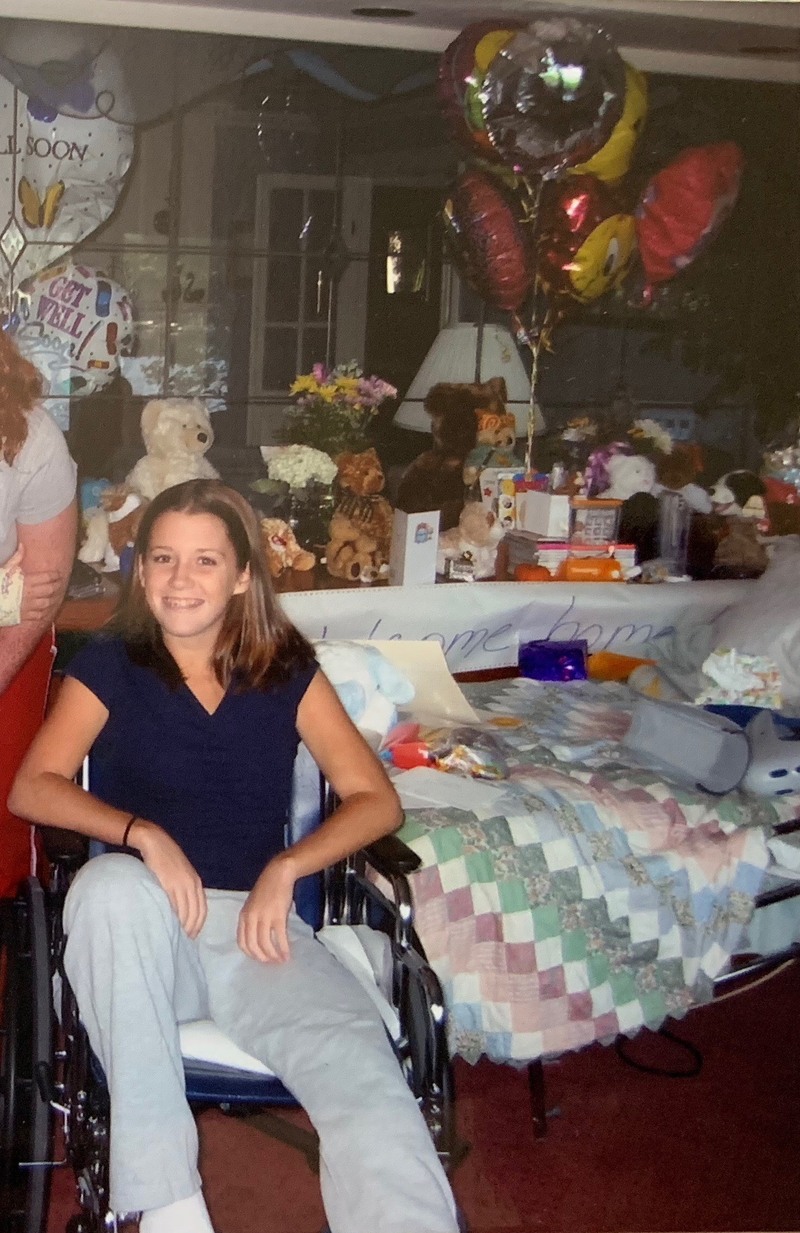 Once the CAT scan results were read at our town hospital, I was immediately transferred to the nearest trauma center due to my injuries.  I had sustained a laceration to my right renal artery, from which my kidney had lost all blood flow, my liver was severely lacerated, and I had broken my ankle, among several contusions to my diaphragm, arm and ribs.  Hearing these things as a 15 year old, I truly thought I may die that day and the doctors did not deny any possibilities when I asked.  That feeling of facing your own mortality is one that definitely leaves a scar.

I spent the next month and a half very sick, in and out of the hospital.  The doctors were having trouble finding the reason for my ongoing jaundice, nausea and vomiting. I was on bed-rest for a long period of time, unable to keep down much for food, and became quite de-conditioned.  After lots of scans and tests, they finally found my common bile duct was also injured.  I went through multiple procedures, some failed, and once successful, we were still unsure if they would be a permanent fix or if I would need a more serious surgery in the future.

Recovering from my accident was difficult from a physical and medical standpoint, but looking back I think the hardest part was the emotional stress.  The anticipation of my injuries and what it would take to get back to normal, missing a huge year in field hockey, an entire marking period of school as a straight 'A' student, award ceremonies, dances, and just connecting with friends and doing what any sophomore in high school would expect to be doing.  It was also scary to go home and trust that my body was really ok on the inside, when several times it turned out it wasn’t.

I wanted to share my story because I want other trauma survivors to know, everyone’s experience with trauma is significant no matter what the story is.  For years I beat myself up for struggling with stress after my accident, because I knew people go through way worse.  I was so thankful to survive and recover physically, so I didn’t understand why I should be struggling and feel frustrated.  I expected to just be able to jump right back into life where I left off, but the reality is that, although I was strong and positive on the outside going through my hospitalizations, it really took a toll on me, and I also needed to process all of that and recover from the emotional stress.  I didn’t realize I needed to heal in that way.

That whole year was a rollercoaster, but one thing I knew, was that this happened for a reason and I had a bigger purpose in life because of it.  Since the accident, I decided that I need to help people in this situation and went on to be a pediatric nurse in the Surgical and Trauma Unit at The Children’s Hospital of Philadelphia.  I am now a Clinical Nurse Expert in our Pediatric Intensive Care Unit.  Over the past ten years as a nurse I have always tried to think of a way to better support our trauma patients beyond the care at the bedside.  I brainstormed many ideas and shared them with my supervisor.  She had just learned of TSN and told me about it.  I couldn’t believe there existed a program that stole all of the words from my mouth.  It validated what I needed in my recovery and what I believe all trauma patients need.  I quickly began working with our Trauma Program to help with our first National Trauma Survivors Day celebration, and was on-boarded as a Trauma Site Coordinator for CHOP, along with our Trauma Social Worker.  I am so thankful to be connected with TSN, and I can’t wait to become more involved as a volunteer and to expand resources at CHOP for our trauma survivors and their families. 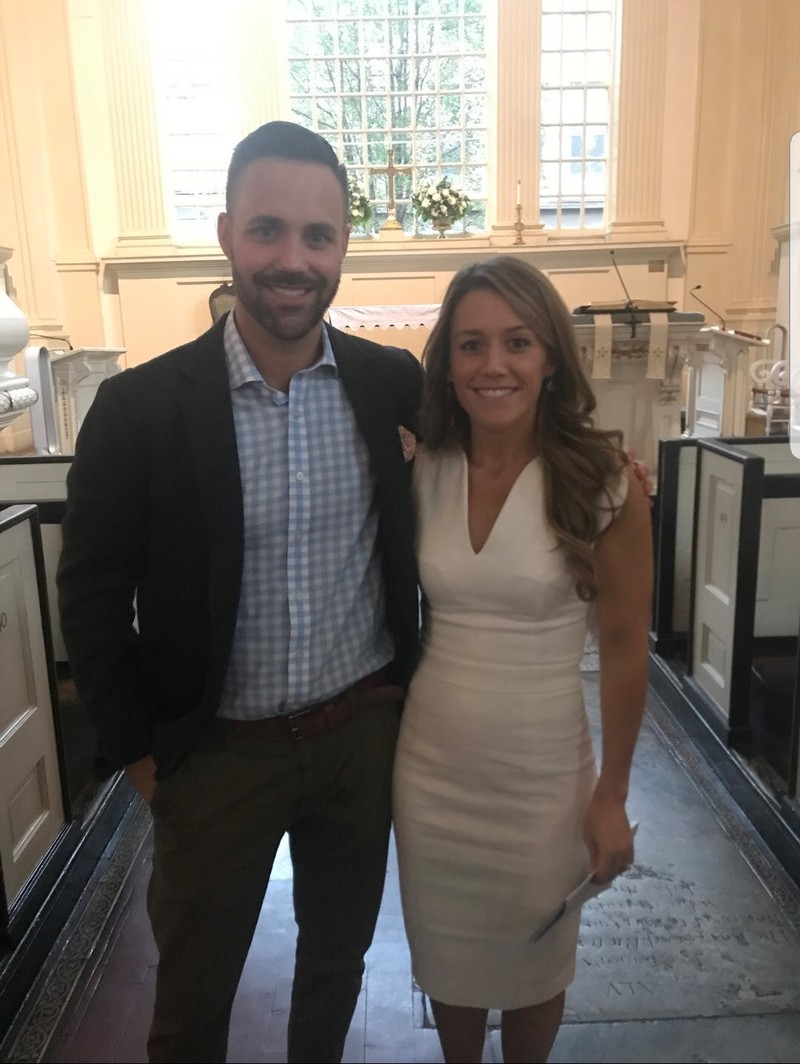