On December 1, 2014, I received a call that changed my life, and the life of my family, forever. My husband, Andrew, called and told me, “I think I cut my leg off.” Well that is not something you expect to hear on a Monday morning at 10:30am! (and yes, I remember the day and time!) So, when he said he wasn’t kidding, my stomach sank. That day was one I will remember vividly for the rest of my life. Andrew is a farmer. One of many dangerous professions. And he had plans to spend the day cleaning up the combine from the recently finished harvest. That morning he and an employee they had working with them were working together. Andrew decided he wanted to clean out the auger, which if you don’t know is basically a metal pole with spinning bladed attached that moves the grain. He was standing on slanted sheet metal around the auger, and when it started to drizzle that sheet metal became like ice. His foot slipped and fit perfectly under the guard around the auger. He lost his leg instantly. 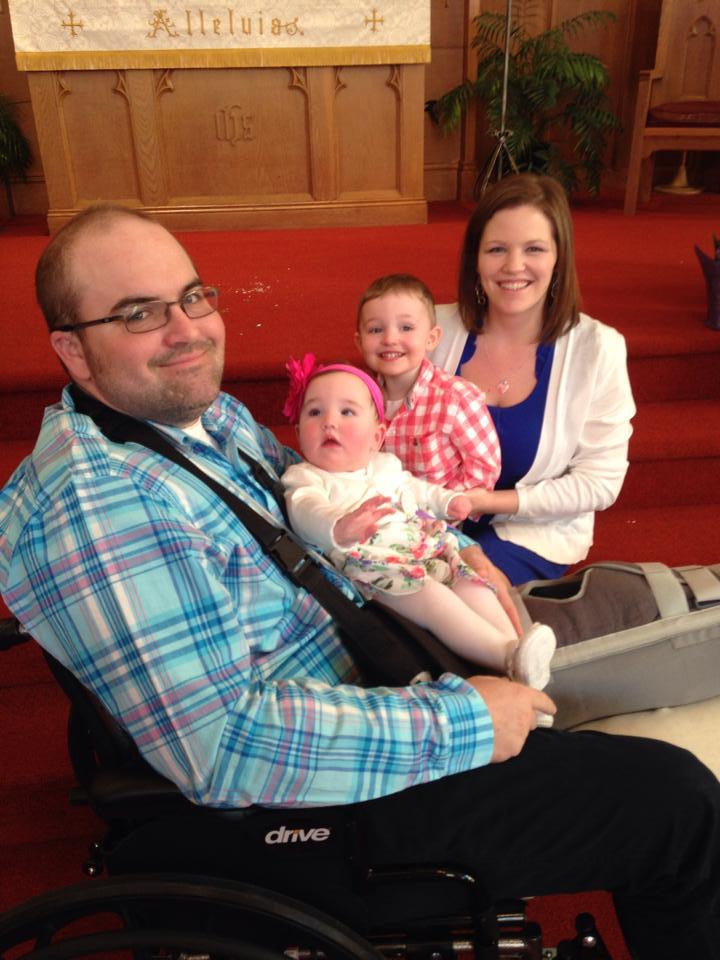 I remember staying focused to get my stuff together and get in the car. I remember calling his business partner and said something to the effect of, “Is my husband okay?” And his response, “I don’t know, I’m on my way to Florida.” I told him to call someone and find out what happened and that I was on my way there. He called me right back and said just meet them at the hospital. More stomach dropping.

Then I remember calling Andrew’s mom and telling her what happened. She is a pastor and was on her way to visit someone else. But she quickly changed her plans and was meeting me at the hospital. I remember parking, walking into the ER and not finding anyone, thinking that I beat them there. I remember calling my mom…and then I cried. I was in a little bit of shock I think up to that point, but there is something about telling your own mom that makes it real.

Then I got a call from his partner’s wife. She told me they decided to take him to another hospital because he was conscious, and they had the better orthopedic department. I was sitting on the bench outside of the hospital and it was drizzling. I asked if his leg was still attached…she said, with a deep sign, no…it’s not. Another stomach dropping moment. Then Andrew’s mom got there, and I told her that we needed to leave. So, I hopped in her car and off we went.

That was an incredibly long day. I got to see Andrew when we made it to the hospital. He was in shock still. He told me that the paramedics wanted to try to cut up the combine to get him out. Since he wasn’t having that, he instructed them on how to get him out. It involved some of their farm equipment and a pallet. He went into surgery probably early afternoon. I had half a waiting room of people supporting me. It was incredible. When he finally got to a room at midnight that was where it got more real. The pain he endured that first night was so difficult to see. And more difficult to know I couldn’t take it away for him. We were in the hospital the first time for 8 days. But doctors told us that once everything was healed up he could start fitting for his prosthetic in about 3 months. Well I can handle 3 months. We’ve got this.

But then things didn’t heal. And we got to know what MRSA was like. We went through debridement surgeries and wound vacs and more surgeries. We got referred to a phenomenal plastic surgeon at Ohio State University Wexner Medical Center who had a lot of great ideas to try to get Andrew the best possible prosthetic fit and wear. But that came with shark cartilage, tissue expanders and several more surgeries. All in all, we went nearly 14 months before Andrew took his first step on a prosthetic. Not quite the three months we were thinking in the beginning. Then a few months after he was up and moving, MRSA reared its ugly head again. That was an over 2-week hospital stay and another 3 surgeries while we were there. Now I have lost track of the surgeries, but I think we are around 13. We are almost five years removed from that life altering split second that changed our lives foreer.

And when looking at trauma like ours, the loved one who was involved in the trauma will always take precedent…for good reason. That person was involved in a life altering, traumatic event and those memories will live with them forever.

But I am here to tell you, those family caregivers have a story to tell. There is a weight that becomes attached to your chest, watching your husband go through this.

We also have two children. Logan had just turned 3 years old when the accident occurred, and Addison was 4 ½ months old. When I woke up every day…my mission was to keep my head down and push through. I had 2 small children, a husband who seemed to just draw one short stick after another, 2 dogs who drove me crazy and a full-time job. I am tired just writing that right now.  I was on auto pilot, and my life pretty much ran me. Who can relate?! 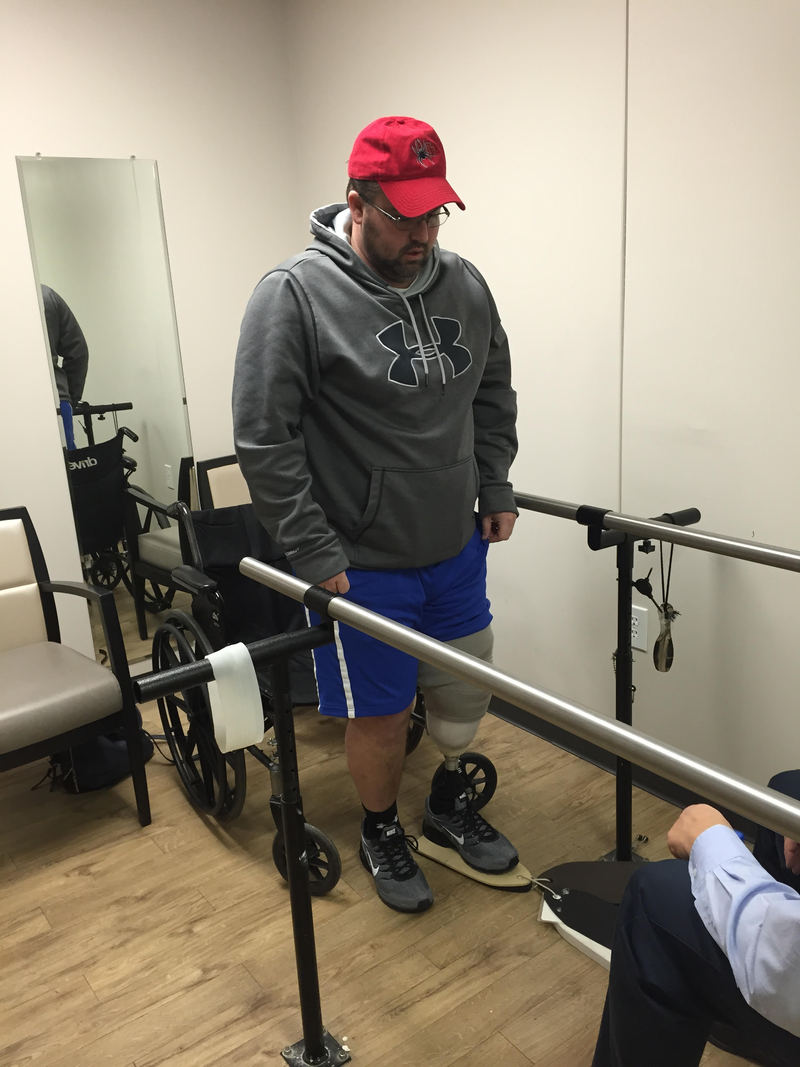 Then, in the beginning of 2018, once we were kind of “settled” into our new normal, I realized I was not engaged in my life anymore. It wasn’t that I was depressed, I just was kind of…lost. I had lost my fire, and passion. I was so focused on everyone and everything else that I had forgotten about me. So, I started consciously and purposefully taking some quiet time for myself in the morning. I would look up some devotions online or would just sit with a cup of coffee in silence and listen to what came up. And just after a couple weeks o listening to the quiet, I heard this voice in my head say, “BECOME A COACH.”

I don’t think I really knew what that meant at the time, but it was a pretty clear message to me, so I started researching. I enrolled in a coach training program in April of 2018. And now this trauma in our lives has come full circle. Because now I use my experience as a caregiver for my husband to support other family caregivers of trauma. I get to be that voice who tells you to listen to your heart…and TRUST it. I have the greatest gift to share with you…its that you MATTER. While you are pushing through, with your head down, keeping everything afloat, it is in your BEST INTEREST to take time for what ignites you, what lights a fire within you. It is your ESCAPE.

From my personal experience it is nearly impossible to discover that on your own when you are in the depths of this chaos following trauma. But I know how important it is. IT’S A NECESSITY. They don’t give the oxygen mask speech on planes for no reason: You can help more people if you put your own mask first. I want to teach people how to put on their oxygen mask. While so many people would adopt the thought of my/our life ending on that day, I look back on that day now, recognizing that it has brought me to this moment. Now I know I have been given a gift in that moment where I became a caregiver. I supported Andrew through some pretty dark days. But the gift I was given was that I now get to take my journey and use it to show other family caregivers that they will make it to the other side!

While life is never the same after a trauma, it doesn’t all have to be hard. It doesn’t all have to be bad. That one split second gave me the power to recognize that every moment in life is life altering! We have the power to choose how that alteration effects our life. Being a caregiver is never anything I would have imagined would have come into my life. But in the end, I’m grateful that it did. 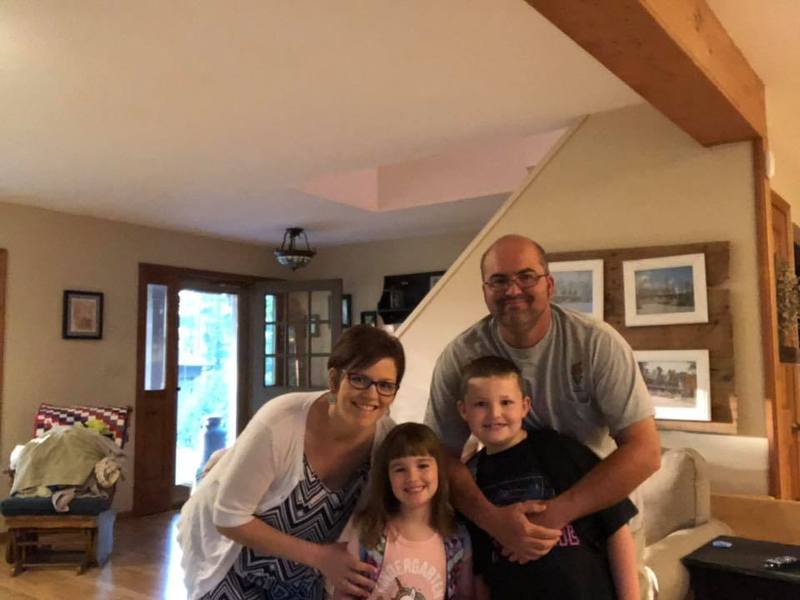