Many of the TSN members have shared their experiences about life after injury and the road to recovery. A selection of these stories is listed below. Reading other’s stories can help you connect to others and not feel alone in your recovery. You may also discover some ideas that may be helpful to you. You may wish to read several stories to get a number of perspectives on injury and recovery.

After joining the TSN you can share your own story with others. Writing about your experiences can help both you and others. You can benefit by taking time to reflect on your injury, how you have coped and where you are on the road to recovery. Other folks can benefit by realizing they are not alone in their recovery. If you are already a TSN member, click here to share your story in the community forum. If you have not registered (it’s free), please register now and then you can share your story. 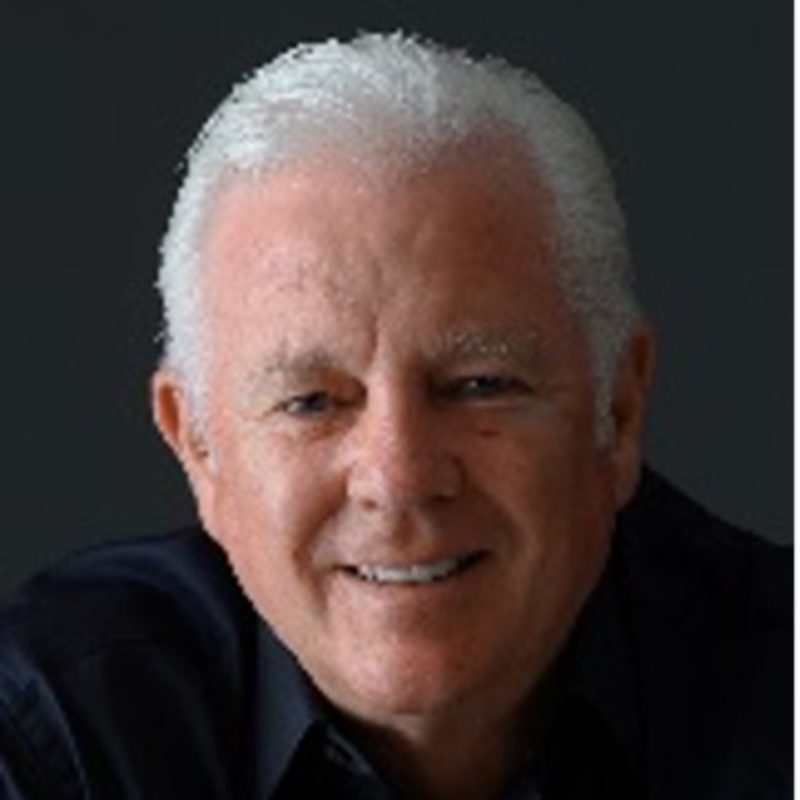 My story started in 2015 and continues. I live in Queensland Australia. On the 27th Dec. 2015, I had 2 strokes 5 hours a part, the 1st a clot the 2nd a bleed on my brain; a life changed in a heartbeat. I lost half of my eye sight as in my peripheral vision, nothing to the right of my nose, I had to learn how to walk again from scratch and although I could talk, apparently nothing made sense to others... Read more 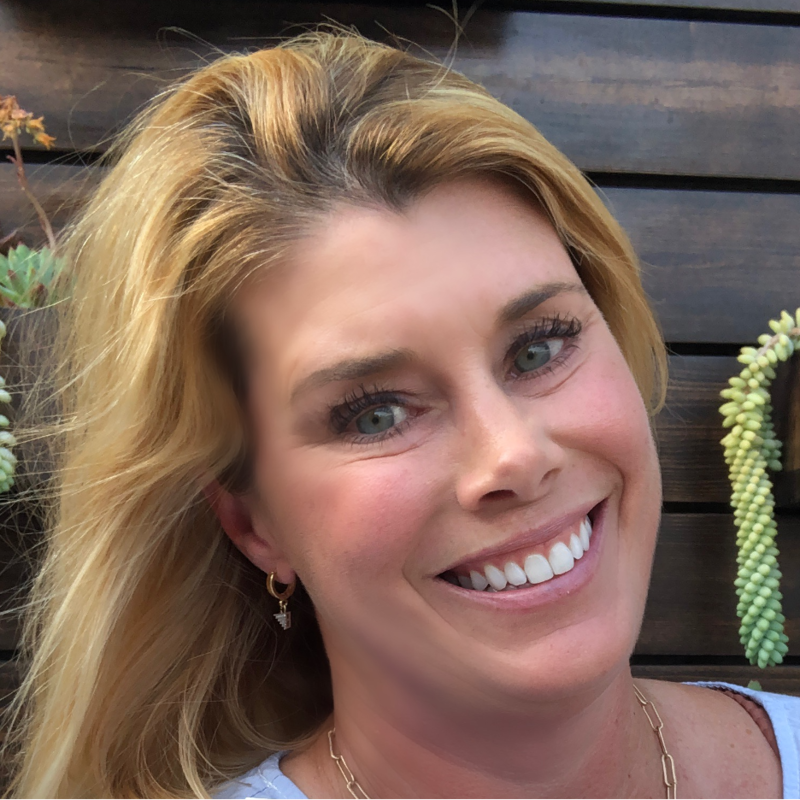 In May 2018, my husband and I were struck by a car involved in a multi car collision while crossing a street in Washington D.C.. Read more 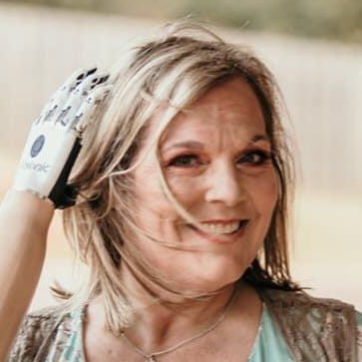 I am a 54-year-old SEPSIS survivor.  I started a new medication and had a toxic reaction to it after 4 days.... Read more 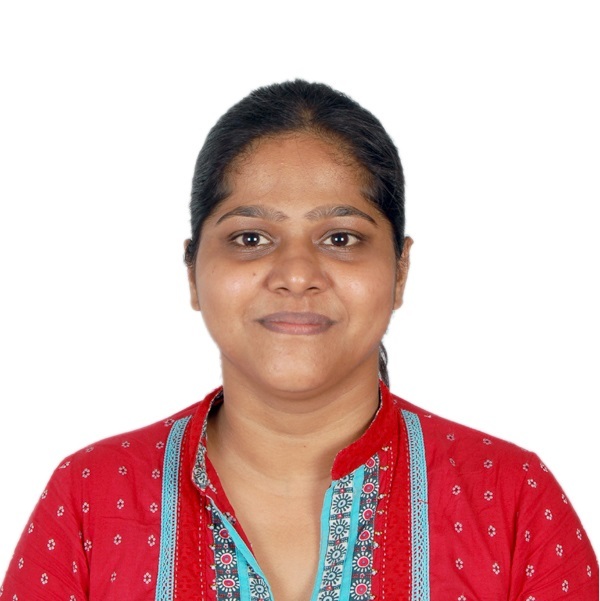 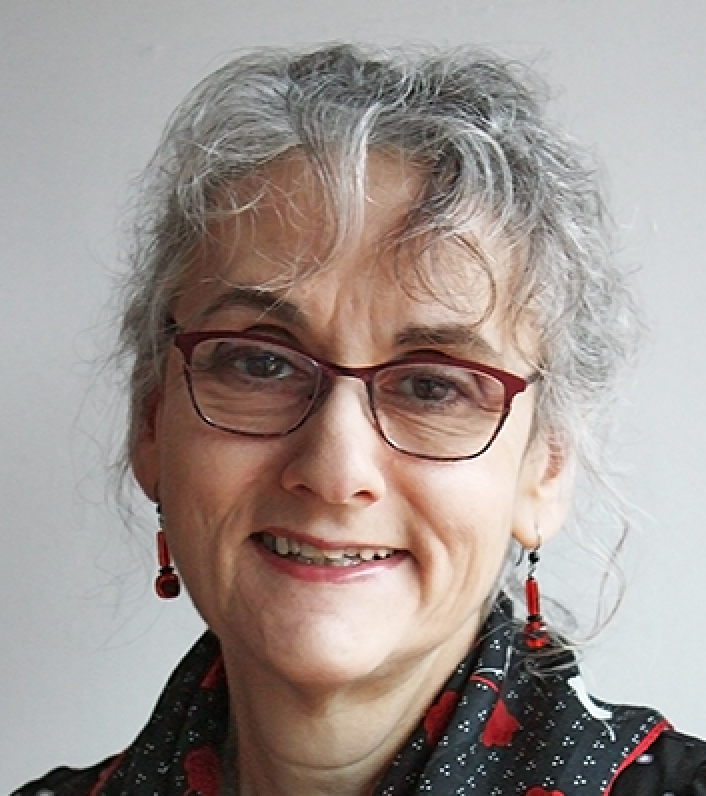 On 10/30/16, I was on a group trail ride in a state forest. I split off from the group to take the shorter of two routes back to the trailer parking area. My horse and I were alone on the trail and he was behaving perfectly... Read more 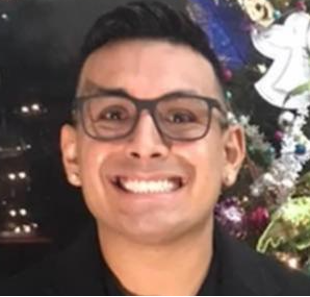 Hello my name is Nick. I was assulted on November 16, 2013. I was physically beaten to death. EMT reported sustain “Blunt Traumatic Arrest"... Read more 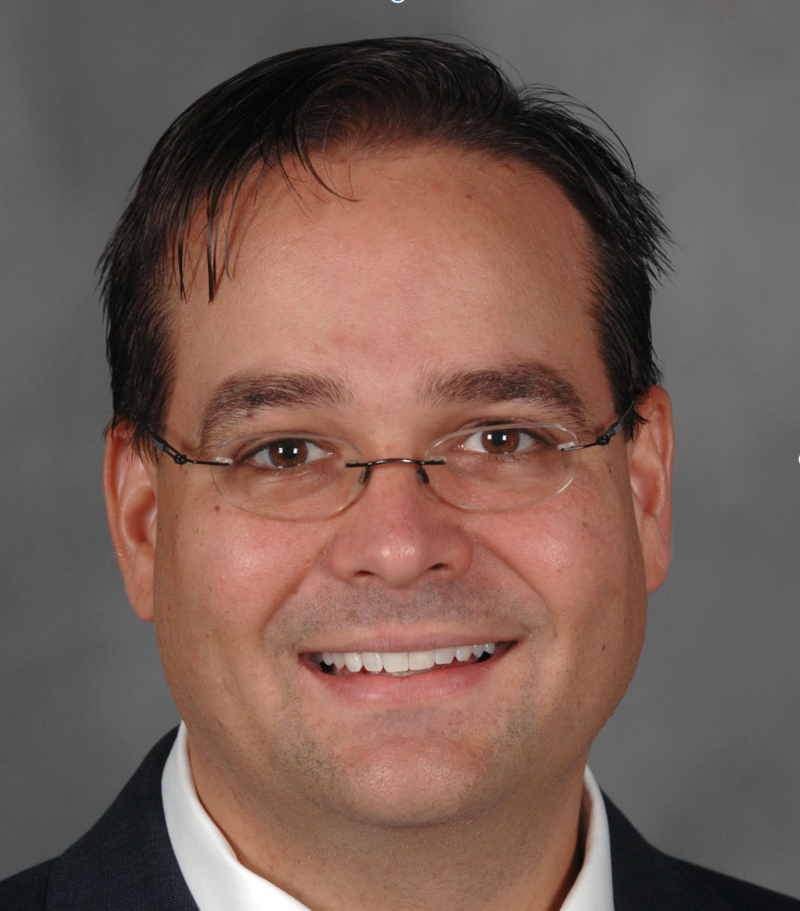 In 2005, I had a car accident that changed my life…for the better. I was driving with my ex-girlfriend at the time... Read more 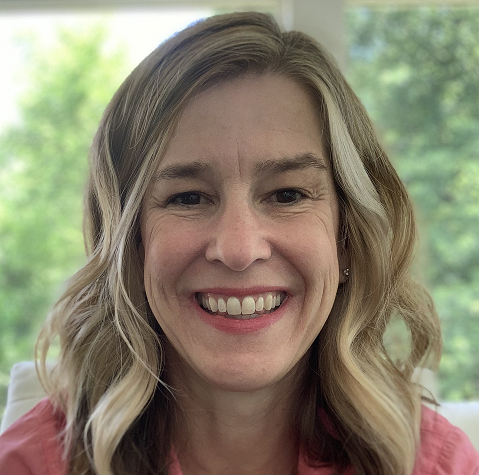 On July 4, 2007, I attended our town’s public fireworks show with my children, who were 3 and 7 years old.  We sat with friends and watched the show... Read more 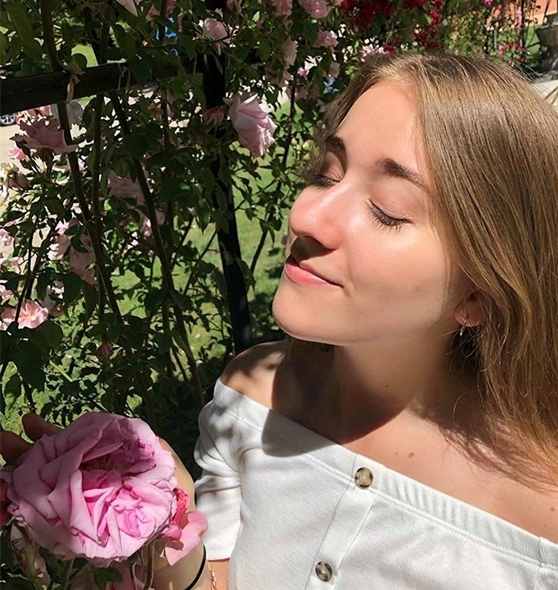 In October of 2019, I survived a traumatic and fatal car accident. I almost lost my life and my boyfriend passed away... Read more 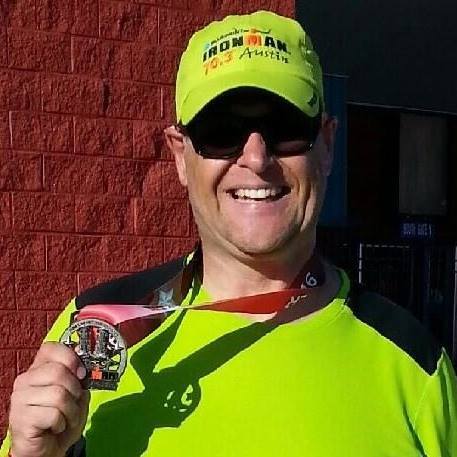 “Don’t get up you were hit by a car…,” fluttering eyelids, jolting me out of the empty darkness.  Blurred green, yellow, blue, and gray colors... Read more 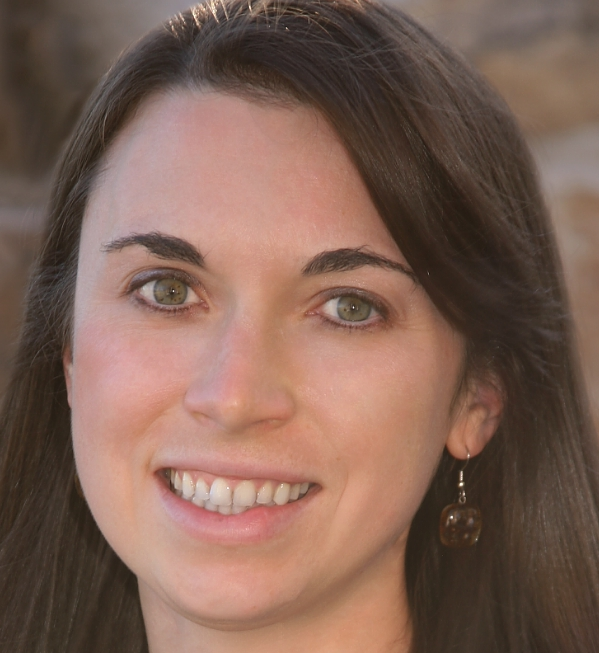 My accident occurred on October 16, 2010.  I was 27 years old at the time, recently married just earlier that year and I was a second-year pediatric... Read more

I am pleased to share with you how I went from a crash survivor to creating a support group.  One week prior to my crash,... Read more

I do not remember the day of my accident, but the stories are scary. My husband told me that we were making... Read more 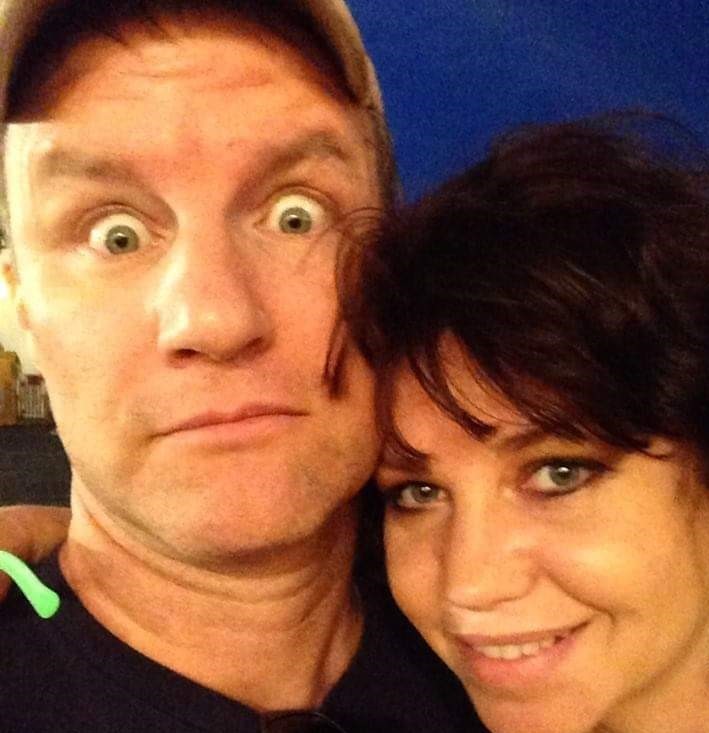 In April of 2017 I was on my way home from work, minding my own business. I was riding my motorcycle... Read more 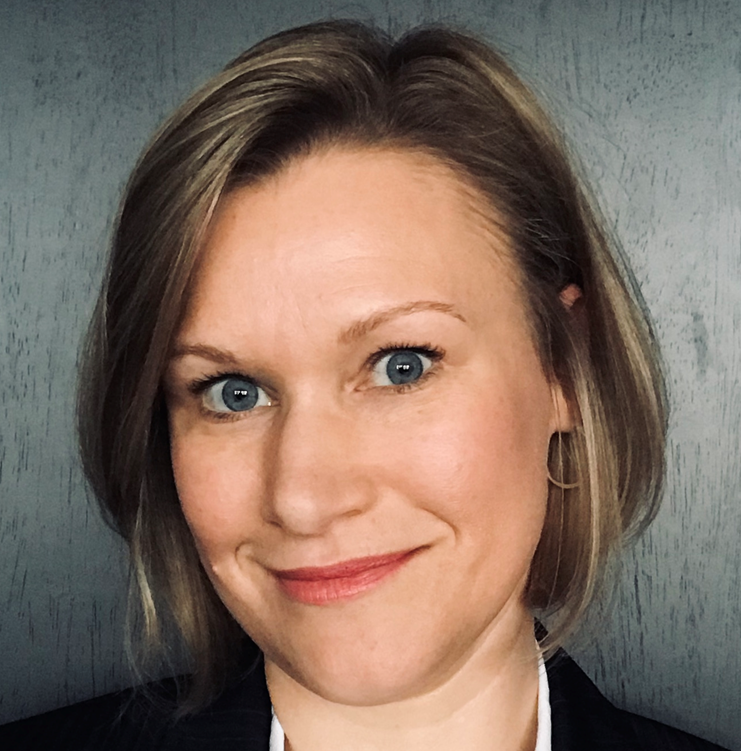 I never thought I would be grateful for a charley horse, but, well, life is weird. On Saturday, June 8th, 2019, Daphne... Read more 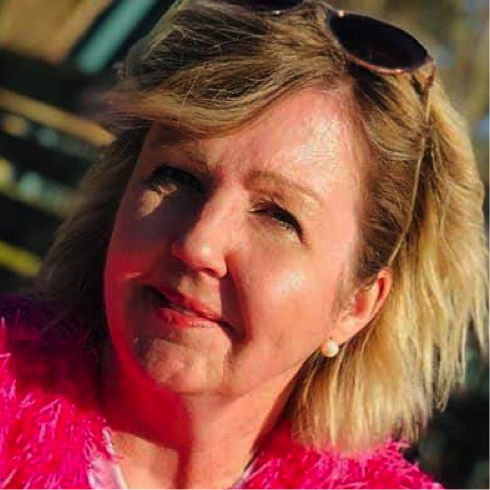 My name is Kimberly.  And I am a two time trauma patient.  One left me with facial paralysis and the other left me fighting for my life.. Read more

On May 3rd, 2012, I miraculously survived a near-fatal car accident when my truck was struck by another truck that failed to stop at a 4-way flashing... Read more

The accident occurred in Kentucky while driving in my truck and around 12:30 am, a deer came off the hill and across the road... Read more

My name is Rachel and my accident happened May 13, 2018, which also happened to be Mother’s Day. While riding an electric rentable scooter... Read more

I WAS a victim.  I am a statistic.  More importantly, I am a survivor and an advocate. March 18, 2017 will be a date that I will never forget... Read more

My name is Dylan and I’m 26 years old. In November of 2016, I made a big move from Connecticut to San Diego... Read more

I'm so grateful to have a life that makes me happy, an amazing husband, a career that gives me so much fulfillment and... Read more

On November 11, 2016 my life changed in more ways than one. It all started out as a normal day. I had gone to work that day... Read more

On August 17, 2002, while working for the National Park Service as a wildland firefighter, I was deployed to a large wildfire in Oregon when I haphazardly fell about 20-25 feet down a ravine, into a river nearly drowning...Read more

On November 5, 2016 I was hanging out with friends and fell from the balcony. I was 3 stories up, and as a result of my fall, sustained a T-12 spinal cord injury (SCI). When I woke up I was in the Intensive Care Unit (ICU)...  Read more

My story begins one month after graduating from high school. I was coming home from swim practice, and I was involved in a near fatal car accident. The impact of the crash shifted my heart across my chest and collapsed my lungs. Just like my dreams for the future... Read More 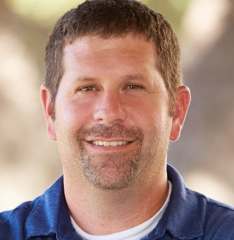 On March 1, 2008, while riding an ATV around his grandfather’s farm, Jason came in contact with a power line that was down. 7200 volts of electricity rushed through his body leading to severe traumatic injuries. Jason was air lifted...Read More 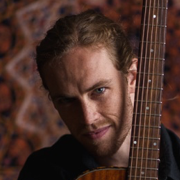 While riding his bicycle home from school at lunch to feed his dog, David was t-boned by a distracted driver who ran a red light at a busy intersection. His body slammed into the windshield, launched 10 feet into the air and crashed into the pavement... Read More

In October 2011, I had been married to my high school sweet heart for a year.  I had already gone through brain surgery and a diagnosis of Lupus. We had recently moved and started new jobs together...  Read More

On October 13th, 2012, I was walking home when I came across some train tracks. There was train stopped on the tracks and I couldn’t see the beginning or end of the train..  Read More

As a tree surgeon March 22, 2016 was a beautiful day to be climbing. I was at the top of a very mature pine tree and descended between 50 to 60 feet to finish removing the top from over a home... Read More

My story began on March 13, 2012. As a Tennessee Highway Patrol Sergeant, I was making a routine traffic stop in the middle of the night, and my car was hit by a tractor-trailer... Read More

Nick was involved in a motorcycle crash in April 2015. He had a lengthy hospital course, being discharged... Read More

My name is Jimmy and I was the victim of multiple gun shots. In October 2015, I was admitted to University of Tennessee Medical Center... Read More

I was in a high speed motorcycle wreck June 21st 2009. I was going 130mph on my Sportbike on the interstate... Read More

On May 9, 2011 my work day started out as most days with a meeting at a local coffee shop with a few co-workers ... Read More

In February of 1985, I was in a single car accident which left me a C6-C7 incomplete quad. But first, a little back ground. I was born in Michigan..Read More

A few days after Christmas 2013, I was repairing a window in our home. Unfortunately, in the process I fell out of the window... Read More

During the summer of 2005, Nan Reilly was enjoying a day at the beach with her family and friends. It was a wonderful day until ... Read More

On November 30th, 2011, after an intense morning of working with my son and his autism therapy team, I decided to go into our local climbing gym... Read More